While compiling this Manifesto, a lively conversation has taken place about how to define consciousness and states of consciousness, even before defining its normal or non normal state[1].

In a collective effort, we came to the conclusion that definitions of terms can be found in cognitive psychology, literature, philosophy, etc., and more generally, in the neurosciences. However, we could find no accurate, unifying and general definition that included all ideas and nuances in a concise way. Given this confusion, we chose a generic reference to the ASC “ALTERED STATES OF CONSCIOUSNESS”, postponing a final, unifying definition until we can allow further discussion to shape it.

Our current working definition of ASC is:

“A state in which the Subject is in a non-ordinary operational mode, recognized as such by the personal experience of the subject or by objective and external observation based on psychosomatic phenomenology, and on behavioral changes and physiological responses”

Even though this definition is not fully satisfying, it can be used as a common reference until we can reach a more encompassing formulation.

PSY*CO*RE (the Multidisciplinary Italian Network for PSYchedelic and COnsciousness Research – PSICORE in Latin) is an international network, established in 2019 in Italy focusing on the study and exploration of ASC [2]. Our goal is to bring people together to share in an open, inclusive, supportive and synergetic[3] approach about this topic, paying special attention to the promotion of good health[4] and ethical perspectives[5].

PSY*CO*RE aims to promote the sharing of knowledge, the development of initiatives and synergetic activities (co-makership/making together and putting together the independent initiatives of the associates) with focus on:

PLEASE NOTE: this list is not final and new methods can be added in the future [11]

PSY*CO*RE aspires to be an innovative entity and a professional activity, that instead of focusing only on one of the activities mentioned above, aims to embrace them all without limitation to a specific niche—using as a compass the well-known parameters of set, setting and “vias” of activation to define ASC.

DISCLAIMER (Temporary aspects from a legal point of view)

– is temporarily a “de facto” entity while waiting for the Italian “third sector” reform’s process. The legal form will be defined as soon as possible.

– does not intend to have a rigid organizational structure, but one based on the objectives that will emerge by contemporary evidence

– must be based on low budget solutions and a lean organization

– is currently managed by Alessandro Novazio and Gabriele Gugliotta, with the support and work of the “MENS EX MACHINA” group’s members.

The solid and “short-term” goals of the network are:

a) to provide the network with digital infrastructures, including social media accounts, web site, and an internal and external communication platform

b) to set up a basic operational and organizational structure

c) to focus the resources on the two presently relevant topics: the frontiers of the so-called “forbidden medicines/treatments” and the “cognitive liberty”. Everyone is welcome and invited to propose projects and activities along these guidelines.

All PSI*CO*RE activities will be based on scientific evidence and will be evaluated and proposed only if considered safe and abiding to current laws.

[1] A wide open issue? A more accurate look into the topic reveals the lack of an integral / holistic approach. hierarchical The existing approaches have in common the same way of doing: they start from a specific perspective, identifying a order so to find a balance between a process of positive and negative feedback. (The fundamental mechanism, always present in a self-regulated system, it is the counter-reaction, consisting in a correlation between the changes of state and the state of the system itself, which tends to counter-balance the variations.The specific hypothesis of the counter-reaction is that also in a living organism the voluntary and reflected activities, the regulations’ occurrences, stability and adaptation are fundamentally based on counter-reaction mechanisms). So it becomes clear that we must focus into the method / model of observation, and we must adopt a multicentric approach, meaning with that the decentralization of the point of observation and the trusting of the informative power of feedback itself. Such approach would overtake the concept ordinary/non-ordinary and will put the attention on the flow and variations between States of consciousness – all different in their own way –. Starting from here, the first goal of Psycore will be to develop a common theoretical system and interdisciplinary approach, hence to be authentically a network that can include many realities that in various ways deal with this topic.

[3] in other words, an approach open to different opinions, collaborative and with no preconceptions, with a logical and objective way of investigate, and in which the expression of the discoveries about the topic is a free right and even a duty.

[4] as defined by the WHO that is” a state of complete physical, mental and social well-being and not merely the absence of disease or infirmity “.

[5] Overcoming the concept of freedom of thought, the protection of  individual and collective freedom, must now shift the focus to the more contemporary concept of “cognitive freedom”, made necessary by the growing power of technologies to monitor and influence the state of human consciousness (we are referring in particular to the neuroscientific technology). Therefore, all the activities of Psycore will be examined with the ethical filter embedded in the opening definition of this document. An ethical charter, a scientific committee and a super-partes guarantors committee will oversee any activity to guarantee the respect of what is stated in this document / manifesto.

[8]to raise awareness and inform the general public about the basic notions of ASC to let them be able to critically understand academic and scientific researches usually not easy to read.

[9] to stimulate knowledge about this topic. The interdisciplinary approach will be strategic in order to broaden the vision of the individual specialist, student or scientific communicator or to the general public.

[10]to contribute to regulatory reforms aimed to protect the person from an ethical standpoint, to guarantee the dissemination of knowledge, to promote the overcoming of stigmas that prevent free conversations, to favor institutional systems of access to new opportunities offered by new discoveries, especially technological ones.

[11] considering the speed of changes, the philosophy of the network marries that of the “PANTA REI”: therefore, this document is “dynamic”, bound to the rule of contemporaneity and therefore always subject to motivated changes.

To this end, this document is available (in Italian) here — comments and edits are welcome at any time: 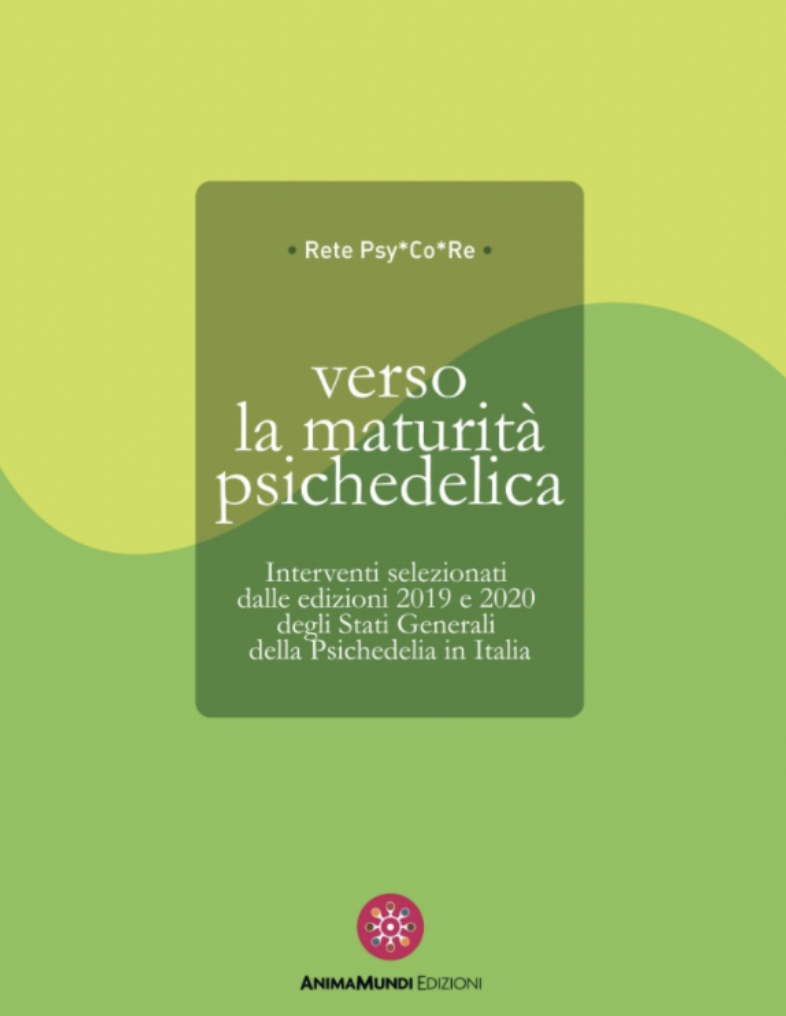